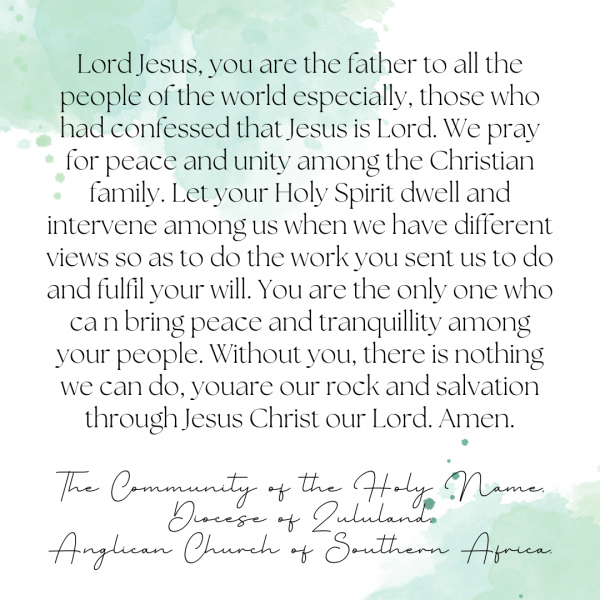 One of many things I treasure about being Episcopalian is the Anglican Communion. As the British Empire expanded around the world, the Church of England went with it. Sadly, the church shared in the harm of colonialism and exploitation of indigenous nations. But over the years, churches in those nations became independent from Britain. They retained the traditions of Anglicanism - liturgy, sacraments, prayer - but developed their own systems of local governance and organization.

The Anglican Communion is the relationship binding local expressions of the Anglican tradition together. There are 39 Provinces (like The Episcopal Church). These Provinces are in over 165 countries. Each Province is led by a Primate (PRYmutt, not pryMATE). Our Primate is Presiding Bishop Curry. Provinces are composed of Dioceses (like the Diocese of Atlanta and 108 other dioceses of The Episcopal Church). Each diocese is led by one or more bishops.

A few “Instruments of Communion” work to maintain the relationship. One is the Lambeth Conference of Bishops. Every ten years or so, the Archbishop of Canterbury invites bishops of all dioceses across the Anglican Communion to gather for prayer, learning, and fellowship.

Lambeth Conference began yesterday. The bishops will be discussing a series of statements on various topics, titled “Lambeth Calls”. Most of the Lambeth Calls are inspiring calls to Christian discipleship, evangelism, care for creation, and repentance from colonialism.

Sadly, a late addition to the “Call on Human Dignity” included language opposing same-sex marriage, which horrified many in The Episcopal Church. It now appears that the committee drafting that particular call did not discuss that language. A revised version of the call, which the bishops are scheduled to discuss on August 2, reaffirms that “all baptized, believing and faithful persons, regardless of sexual orientation are full members of the Body of Christ” and acknowledges that there is no consensus across the Anglican Communion about same sex marriage.